An important objective of the project Life CONFLUPO was reached with the closing by AIPO (Interregional Agency for the River Po) of the tender and the subsequent award of the contract for the work at the winning company.

The process to achieve this result was particularly complex. The Coordination Committee, foreseen by Action A2 project, has played a particularly important role in every phases.

During the design phase, planned by Action A3, had been developed several solutions. The final solution foresees the realization of a double passage Y-shaped, which will be able to connect the river upstream of the dam with the two branches (natural and artificial) of valley, by returning the possibility to go up the river to all native species, from migratory to sedentary, from large fish to those of smaller size.

Picture 1: placement for Fish Passage at Isola Serafini; in yellow monitoring and capture structures; in blue the water flow

The final draft of the work in progress, is available on the project website (http://www.life-conflupo.eu) in the specific section: "The fish ladder".

At present Enel Green Power SpA, a company that operates the plant, has already done to the displacement of the cables implant support from the future worksite, and as soon as it passed the current flood of the Po will be given the start at the worksite.

Barring unforeseen events, unfortunately always possible when working in a riverbed of this importance, the work will be completed by July 2017. After the necessary tests, the fish ladder will be activated, and will be restored the connectivity of the largest Italian river, for too long a time absent.

Who lives in Milan will have already seen appear in the billposting spaces  the following blue with green border manifesto  with the inscription: "Fish Festival". The top margin is marked with the logo of CONFLUPO well as from that of Life program and the Natura 2000 network. 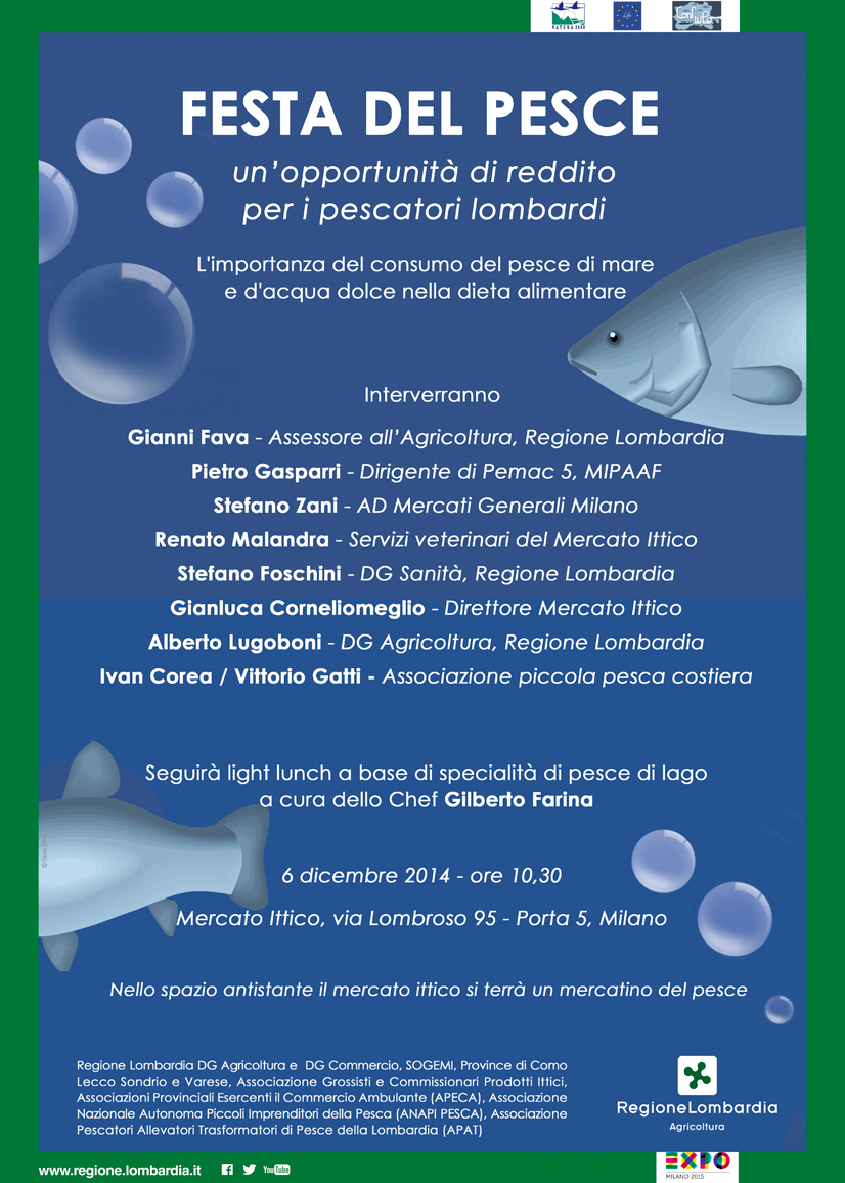 In this event, which will take place on December 6, 2014, at 10:30 am, at the Milan Fish Market in Via Lombroso 95 - Gate 5, it will illustrate the importance of fish in our diet not only through the words of the speakers, but in essence through to a light lunch with specialties of lake fish care of chef Gilberto Farina.

It will also be an important time for discuss of "our" Life CONFLUPO and how the activities that are planned are concrete support for the conservation of fish stocks in the long term.